“For many, the rationale for this lifestyle is to ensure that while they are working, their family gets to live and grow up in a safer and less stressful environment – often a secure gated estate with its own school or a private school close by, and a host of sporting and recreational facilities that they themselves can enjoy at weekends.

They will generally leave home on a Sunday night or early Monday morning and return on a Thursday evening or sometimes a Friday afternoon, depending how flexible their employer is about them working from home.

And the rise of this phenomenon in recent years has been a big driver of home demand in luxury estates at the coast and in popular country destinations, he says. A case in point is the KZN North Coast, where the proximity of the King Shaka International airport makes it easy to take a one-hour flight to Johannesburg, a number of new private schools have been established, and estates such as Mount Edgecombe, Zimbali, Simbithi, Brettenwood and Seaward are flourishing.

“Also increasingly popular among super-commuters are the Mossel Bay Golf Estate and Pinnacle Point estate in Mossel Bay, which is within easy reach of Cape Town, and the luxury estates around George, Sedgefield and Knysna along the Garden Route, where the George airport makes for an easy commute to Johannesburg. The most sought-after options include Kingswood, Fancourt, Oubaai, Simola and Pezula.”

Writing in the latest Property Signposts newsletter, Everitt says that among those who prefer the “country life” inland, the Val de Vie and Pearl Valley estates in the Franschhoek-Paarl Valley are among the top choices, although there has also been a significant rise recently in demand for the estates in White River and Nelspruit, probably because of the ease of commuting to Johannesburg or Cape Town via the Kruger Mpumalanga International airport. These estates include Likweti, White River Country Estate, Shandon and The Rest.

“Meanwhile, super-commuters generally also require somewhere to live in the city during the week – and their choice is usually an apartment as close to work as possible, with most demand at the moment being for modern studio and one-bedroom units around Sandton, Fourways, Centurion, Kempton Park and other commercial hubs in Gauteng, and similar units in the Cape Town CBD, Century City and Tygervalley commercial areas.”

He says there are some disadvantages to being a super-commuter, especially if you have a family. “These include the cost of paying for two homes and the probability of missing out on many family birthdays, school events, and other important occasions. Meanwhile the stay-at-home parent will generally have all the responsibility for running the household.

“However, most of the ‘business nomads’ in SA say it is worth putting up with these inconveniences for the peace of mind that comes from knowing that their family is safely ensconced in a secure estate, and for the superior lifestyle they also get to enjoy on weekends.”

Similarly, says Everitt, those who commute between two cities on a weekly basis will often say that they are not moving because they don’t want to uproot their families from their schools and familiar environments, or that they don’t want to move away from their own friends and the social activities they enjoy. “Besides, work assignments can change, so it is much easier to just keep commuting to wherever the best jobs are and maintain a solid home base.” 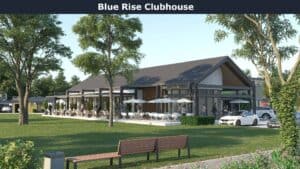 Rise to the top 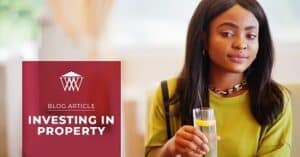 Unpacking the growing trend of women investing in property