Regarding President Ramaphosa’s comments on land expropriation without compensation

On Tuesday evening, 31 July 2018, President Cyril Ramaphosa made an announcement regarding the land expropriation issue, following a 2-day meeting held by the ANC. During his speech, Ramaphosa said: “The ANC will, through the parliamentary process, finalise a proposed amendment to the Constitution that outlines more clearly the conditions under which expropriation of land without compensation can be affected.”

Depending on how this is read, it could be seen to set the stage for the elimination of property rights, specifically when it comes to land. However, the statement remained vague on what conditions were necessary for expropriation to possibly take place.

The ANC has previously, repeatedly stated that expropriation will only be done in a manner that does not harm the economy, agricultural production or food security.

The lekgotla reaffirmed its position that a comprehensive land reform programme that enables equitable access to land will unlock economic growth, by bringing more land in South Africa to full use. 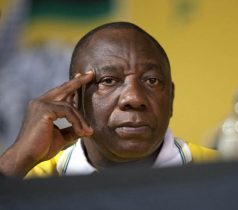 The intention of this proposed amendment is to:

It is the view of people like Wichard Cilliers, director and head currency dealer for TreasuryONE, and Adriaan Basson, editor of News24 that this latest move is politically motivated ahead of the National Elections next year. Cilliers adds that it “… is aimed at neutering the political stance of the EFF.”

And that is a very valid point: it is important to note that we are heading into the 2019 elections and that the President’s latest comments may just be political grandstanding to appease the voter roll and opposition parties.

There is also talk that Council/state-owned land within metropolitan areas may be affected, rather than privately owned land.

Finally, the President’s repeated expressions over the last few months of government’s commitment to the implementation of fair, just and lawful land expropriation, coupled with the fact that the land in question is just that – land rather than housing – make it unlikely, in our opinion, that anyone is facing the prospect of having their real estate forcibly taken from them and given to someone else.