How Property Passes Upon Death

Generally speaking, nobody likes to dwell on the matter of their own demise. Unfortunately, it is something that none of us can escape and ignoring the consequences can make things that much harder for those left behind.

Timothy Akinnusi, Executive Head of Sales and Client Value Management at Nedbank explains that if you die without a will, an administrator will have to be appointed to administer your estate which will be distributed according to the laws of intestate succession. As such, your assets may not be distributed as you would have wished. It also means that the process will be delayed and that there will be additional expense and frustration which most people would not want to inflict on their loved ones during a time of loss.

When drafting your will, it’s important to consider the nature of your relationship with your ‘significant other’. If you are married in community of property, you only own half of all assets registered in your name and that of your spouse. Your spouse therefore still remains a one half share owner of any fixed property you may want to bequeath to a third party which could potentially present difficulties.

If you are married in terms of the accrual regime, the calculation to determine which spouse has a claim against the other to equalise the growth of the respective estates only occurs at death. Your spouse may therefore have a substantial claim against your estate necessitating the sale of assets you had not intended to be sold.

If you are involved in a co-ownership situation, you may wish to address the issue of occupation rights for your surviving spouse in your will. Co-ownership, like many other aspects relating to wills can be tricky which is why it’s best to involve the services of a professional when drafting a will.

Alongside your will, you should also prepare the following in relation to any immovable property you may own:

Having a will in place will also assist surviving joint bond holders says Akinnusi: “In order for the bond to be transferred into the surviving joint bond holder’s name, that person would have to go to their bank and apply for an endorsement. Once all the necessary documentation is provided, the bond would then cede to the surviving bond holder within 10 to 14 working days. If there is no will, it would take significantly longer for the bond to be transferred as the estate would have to first be administered and wound up.”

He adds that no transfer duty is payable on property bequeathed to heirs. This applies even when the heirs agree to distribute the property or properties amongst themselves, in a different way to that envisaged by the testator. Conveyancing fees are however still payable. If the heirs decide to sell the property (out of the estate) to an outsider, transfer duty will then apply – but in most cases will be paid for by the buyer.

Simply put, there’s no excuse not to have a will. You can speak to your bank or your attorney about drawing up a will that they will hold on your behalf. Doing so will ensure that everything in your estate goes to the right people timeously, and without extra cost, which will prevent additional heartache and worry during a very stressful time. Property can be owned by one or more persons and/or entities.   When property is owned by more than one person or entity at the same time, the concurrent ownership is referred to as a co-ownership, or as a co-tenancy, or as a  joint tenancy.  Whatever term is used to describe property that is jointly-owned, two facts are clear:  First, the co-owners of property share certain rights to the property and to each other.  Those rights are largely defined by applicable law and, to some extent, by agreement among the co-owners.  Second, the terms used to describe the various types of concurrent ownership often have divergent meanings from one jurisdiction to another.  For example, many jurisdictions refer to a joint tenancy as a joint tenancy with right of survivorship, while others refer to a joint tenancy as tenants in common.  The distinction will become apparent from the discussion that follows:

This form of concurrent ownership of property is commonplace between a husband and wife.  It is also seen between a parent and a child or between other individuals where there is an expressed intent is to have the property pass immediately and by operation of law to the surviving joint owner.  When a joint tenancy with right of survivorship is intended to be created, the acronym JTWROS is often added to the title of the property.  Banks and brokerage firms often add this acronym to joint accounts.

Other Forms of Concurrent Ownership of Property.  There are two other forms of concurrently-owned property (or jointly-owned property) that you should be aware of.  The first is a Tenancy by the Entirety.  A Tenancy by the Entirety  is available only to a husband and wife. Like a JTWROS, a Tenancy by the Entirety also contains a right of survivorship so that, upon the death of one spouse, the entire property passes to the surviving spouse by operation of law.  The interest of the deceased spouse does not pass through probate and, accordingly, cannot pass under the deceased spouse’s will or the laws of intestacy.

The second is a Tenancy in Common. This is the default form of concurrently-owned property.  It is the common form of concurrent ownership when the owners are not husband and wife, or have contributed different amount in acquiring the property.  Many jurisdictions will classify a concurrent ownership as a tenancy in common when a joint tenancy with right of survivorship or a tenancy by the entirety fails for any reason.

A trust established during your lifetime is a legal entity that is recognized as such by all 50 states and the federal government. The dispostion of property held in a living trust is controlled by the terms of the trust instrument, whether a declaration of trust or a trust agreement. It is not controlled by your will, it is not controlled by the intestacy laws of the state in which you are domiciled, and it does not become a part of your probate estate.

All property that does not have a pre-designated beneficiary upon your death, becomes a part of your probate estate. Property that you own entirely by yourself (solely-owned property) is the most common form of probate property – for example, a bank account in your own name, a stock or bond in your own name, a piece of real estate in your own name, etc. But, other properties that you own at the time of your death may also become probate property. For example, any interest in property owned by you as a Tenant in Common with others becomes part of your probate estate. The same is true with any life insurance policies, annuity contracts, and retirement plans when you die without having designated a beneficiary or for some reason the designation you made is not effective. In those cases, the benefits payable under such insurance policies, annuity contracts, and/or retirement plans may be paid to your probate estate, to be disposed of along with your other probate property.

Unpacking the growing trend of women investing in property 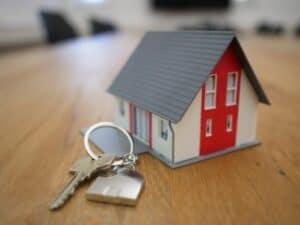